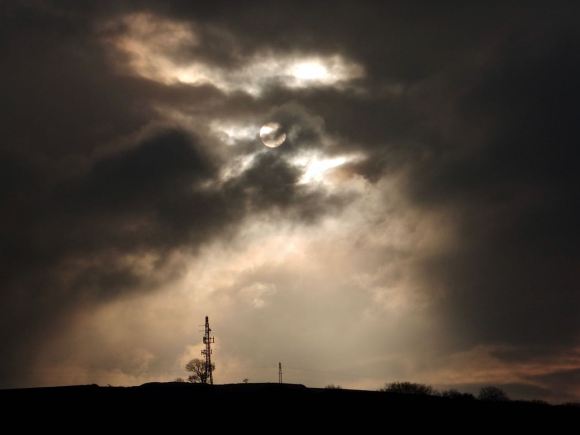 I don’t claim that reality was quite as dramatic as this — I dropped the red filter on this one — but hell, who said digital photography had to always be about reality? I just massaged the raw ingredients, if you like. It’s something to pass the time while spending another day quarantined in the house. It seems I probably have German measles (rubella), by the way.

Posted to prove I do occasionally have a Friday night out, with sexy companionship. 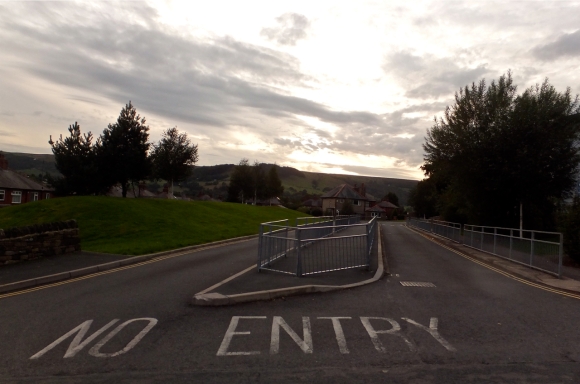 I can’t be the first parent to reach the point in their life at which they suddenly realise their child will be at secondary school next year. Blimey.

Because of this we were invited to an open evening at one of the local high schools tonight. Bearing all this in mind the obvious symbolism of this shot is unfair. But I like the counterposition of the words with that bruised sky above, one of the more dramatic evenings of recent weeks.

The marquee after the night before

This marquee sits outside my building at uni, where thousands of people currently wander around looking half-lost and half-excited. Whatever was going on in here yesterday, though, it’s moved on, though no one has yet thought to clear up the balloons.

The River Wharfe, at Wetherby

Still in Wetherby – the wedding celebrations lasted all weekend. The Wharfe is one of England’s most beautiful rivers from its spectacular course through the Yorkshire Dales, in Wharfedale, and right on down to here. Eventually, like most rivers in the region, it enters the North Sea through the Humber estuary.

You might also have noticed that it’s day 731. 731 = 366 + 365. Which means this brings to an end the second full year of this blog, one photograph posted every day since 26th August 2011. I did say at one point I would stop here, but I’m inclined to keep it all going for now. See you tomorrow. I will also add another top 10 at some point soon, of my favourite photos from the second year. 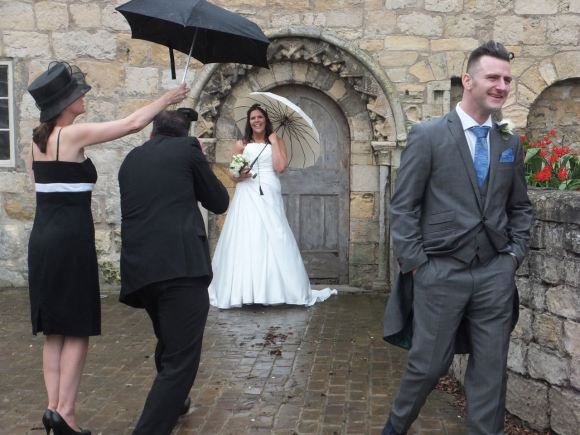 Congratulations to Caroline — I’m sure you don’t need to ask which of these people she is — and Loyd, on the right, married today at St Mary’s church in Yarm, with this photo taken later at Priory Cottages, Wetherby, the venue for the reception. And a very good time was had by all.

I dunno, you note a few weeks back that you’ve never depicted a post box on the blog before and then another one turns up. This lady seemed pretty keen this morning to not leave the vicinity of this post box. As with the abandoned wheelchair yesterday… what little stories do we potentially miss, in everyday life, all around us.

Still life, in the rubbish yard 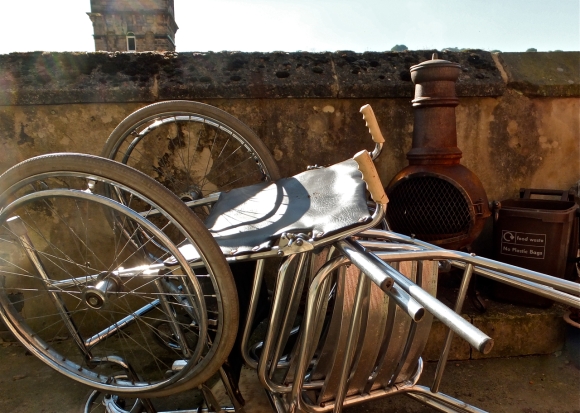 Back home, but don’t get used to it. Beautiful sunny day today. Why someone had dumped this hospital wheelchair, the pile of metal chairs and the old stove in this little corner, I have no idea, but at least it provides some variety.

Of course this is a city with its problems as well as its good side. This is South Beirut, where last Friday night a huge car bomb claimed the lives of 15 people. The sectarian divisions within this whole region are too complex for an outsider like me to truly understand. I would also say they are too complex for outsiders like the US, UK, French, etc. governments to understand too, but that doesn’t stop the latter group dipping their hands into the mix anyway. Perhaps appropriately for day number 727, this was taken from the plane seconds after take-off, as I returned home this morning.

The American University of Beirut 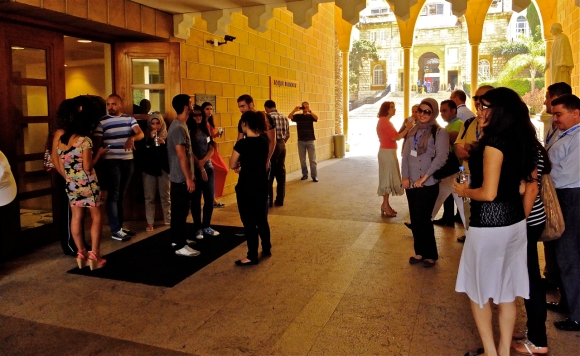 AUB was founded in the 1860s and is probably the most prestigious university in the whole region. It has a spectacularly beautiful campus, perched on a wooded hill with views of the Mediterranean (yesterday’s picture was taken not five minutes’ walk from this one). They have been gracious enough to invite me to spend this short but enjoyable time in Beirut. Here are some of the delegates from the MDLAB conference which I’ve been speaking at, waiting for our tour of the campus. We are standing under College Hall, which was bombed in the Lebanese civil war, but restored in around 2001.