A turntable has made a reapperance in our house for the first time in twenty years, so we’ve been digging out some of the old records that survived the Great Vinyl Cull of the 1990s (I was a student, I needed the money, I regret it now, sure). And it’s been an excuse to pick up some new material as well, including that of the very fine band seen to top — previous blog stars themselves. I wonder what music will, in the end, emerge from this time of paralysis, or what art of any kind.

An empty stage, with a performance presumably to take place shortly — whether the gathered audience are in the mood for it or not on a Sunday lunchtime.

The Museum of Icelandic Punk, Reykjavik

Time for a summer holiday. Time for the blog’s 36th country: Iceland. Time for tiny but endearing museums devoted to the Icelandic punk rock scene from the 1970s on, built in old subterranean public toilets. The fabled landscape of Iceland? I’ll capture this if it stops raining. It’s forecast to: eventually.

This is a rare photowhack — the only photo taken today. 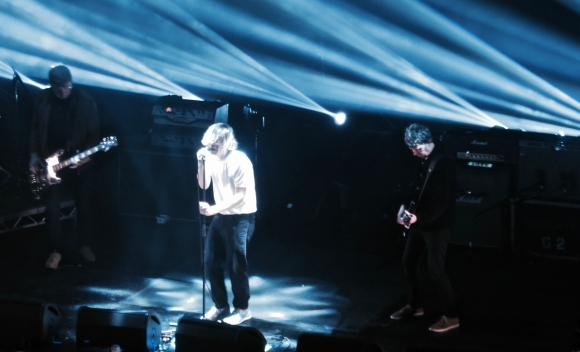 Back into Manchester, for this gig at the Apollo…. the wife’s favourite band. It’s impossible to take truly decent photos at a rock concert, at least not without permission to get on the stage and some far better equipment than I can muster (or would be allowed to bring into the venue). Not to mention people standing up in front of you. But I try. 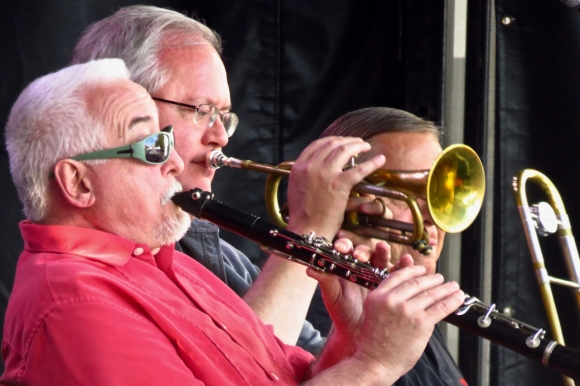 Happy birthday to me — fortysomething again. I’m sure if you have been following this blog long enough you know the exact figure. With me being on my own in Urbana this week it was never going to be the most sociable anniversary but I did my best back at the Sweetcorn Festival’s second day. The New Orleans jazz band were the best feature. Another talent I wish I had — I seem to recall some forty years ago playing the clarinet in the school orchestra and so maybe I should reword that, ‘another talent I regret losing’. Still, perhaps I’ve picked up others along the way. Onward, onward with my 49th year on the planet. Whoops, there you go — I gave it away.

Mr Cope becomes the latest rock star to feature on the blog: looking every inch the part, he nevertheless is these days as much a mixture of solo busker, stand-up comedian and raconteur (particularly about old megalithic monuments) as he is anything else.

A curiosity: the ninth photo in a row to be taken outside Hebden Bridge, even though I have spent some time at home on each of these days. This is the longest such run: all other long runs of non-HB photos have been accrued thanks to some kind of travel away from home.

It was in 1990 that I first heard the band Primal Scream, when my then-flatmate Dave played me their eponymous second album. In the two and a half decades since they have released some complete shite, it has to be said, but also many moments of brilliance (like the whole album XTRMNTR for a start). And in those 26 years despite never giving up on them and them refusing to turn into their own tribute band (like so many of their peers) I have never seen them live.

Saint Etienne at the Trades Club

This was Clare’s night out as though I knew of this band I didn’t really care one way or the other about them. However, having seen them, they were bloody good. And Sarah Cracknell (right) is completely gorgeous. It was 1996 all over again I’m telling you. Taking photos of gigs is like football matches though — I take lots, but very few ever work out. I don’t have the equipment and I’m usually stuck in the same vantage point. Still, it’ll do.

Perhaps there is some irony in seeing a band named after a French football team the evening after the announcement of the disastrous referendum result. I apologise to the rest of the planet for the 17 million people I happen to share an island with who seem to think that isolationism is a valid response to the world’s problems. I wasn’t the only one in the room tonight weeping for the future.