The Lune at Glasson (as oil painting)

Glasson, out on the Lune estuary a couple of miles from Lancaster, has featured three times on the blog now and each of these has been taken in the last week of December — indicating that it’s a nice place to come and hang out when seeing out Christmas at the in-laws. Melancholy though, in late December. There was so little light today I tried cranking up the ISO setting very high to try to compensate, and shots taken during this period ended up with this grainy, blurry look which I decided was not all that bad. Like this one, the reeds look like think brushstrokes of paint, and there’s something about the boat which resembles a painting more than a photograph. That’s my excuse anyway.

The Kent estuary at Arnside 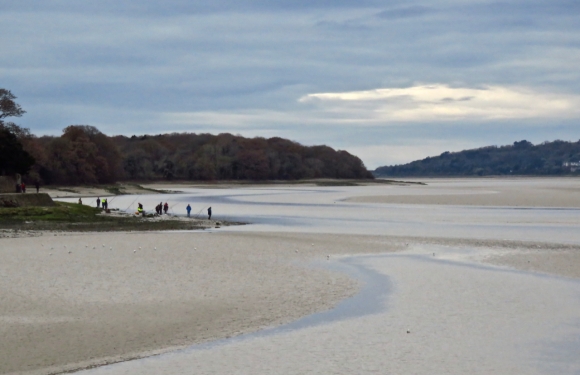 Saturday, a day to chill out, and get out, and try to see the world at its best — or at least, certain localised bits of it. Arnside is a place that I have frequently admired from passing trains: they trundle over the estuary of the River Kent on a bridge that is behind me as I took this shot. Not long after this the tide came in with astonishing speed, you can literally see it moving up the sands; no wonder Morecambe Bay is so dangerous in that respect.

Birds on the Kent estuary

Whatever the reason for the journey, travelling on the Cumbrian Coast rail line is always an aesthetic pleasure. If the windows of the carriage are clean, that’s even better.

Curlew in the Lune estuary 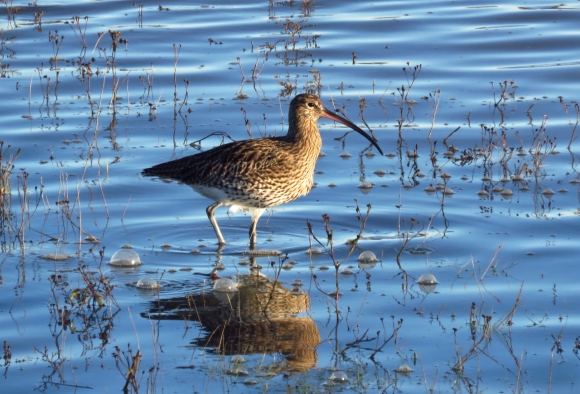 A beautiful, sunny day today, a welcome change from the grey crud we have otherwise had for some weeks (it feels like that anyway). To distract from the prevalent Christmas theme, here’s a curlew walking on the sands at high tide. I like this shot not only for the bird itself but the strange bubbles all around it, probably caused by some kind of marine life only infrequently covered by water; most of the time this bit of the world will be sand.