It’s nice to catch a major road in that brief moment when it doesn’t have any traffic on it. Last time I was in Nottingham was August 2021, and on that day I captured a shot of Maid Marian Way, so as you can see, the local town planners are not afraid to publicise some obvious cultural icons. Doubtless there’s a Robin Way somewhere around the place, or a Hood Boulevard.

The City of London

Down (or is it up) to London, just for the day. My hotel room had a fine view of the city, and I took several photos of it as the sun went down. This one was fairly early in the sequence but going monochrome seemed to please Clare, who chose this one as her favourite. 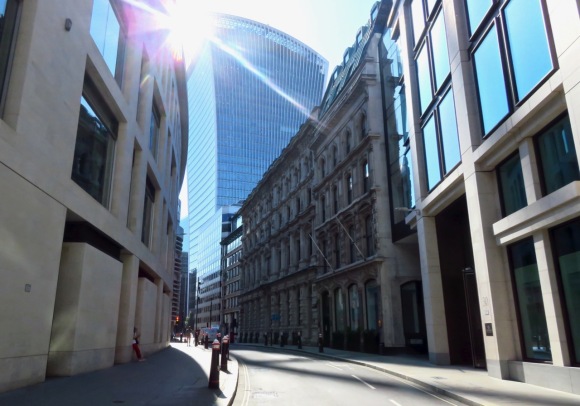 London is, without a doubt, one of the two main financial centres of the known universe, and also a city that should be heaving with tourists at this time of year — particularly on a gloriously sunny day like this.

And it’s dead. We’re in big trouble. Ignore the politicians — they can’t think more than a week ahead. 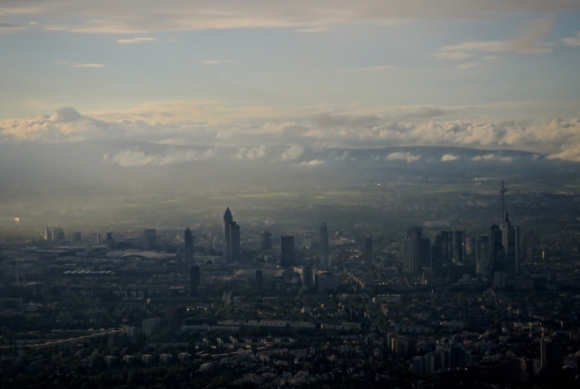 Left Zagreb, with regret when it comes to the people and the general pleasantness of the place, but with no regret when it comes to the weather which was dreadful today. Further chewed up my CO2 allowance and hopped back to Frankfurt, which is one of the worst airports I’ve ever been to but at least you get a good view of the city on the way in. I’m here for just over 24 hours. This is about as intimate with the place as I’ll probably get.

I would like to say this is a shot that highlights the biodiversity and ecological health of Manchester city centre. But actually I think this goose was rather lost and confused. Not that I was going to be the one to help it find its way back to the canal (or wherever); Canada geese are vicious buggers.

The remnants of jet lag saw me up early, but I had to work today anyway, and photographically, it was probably worth it. Within a short time after taking this the haze had risen and Fuji — a truly beautiful sight — had disappeared behind it. But there you go — Japan’s iconic (and highest) mountain, in its late winter raiment.

Now here’s a back alley, discovered as I try ever more to hone the directness of my walking route through Manchester city centre on a given working day. I like the detail on this shot — lots of things to see, from bottom to top, but all epitomising the idea of an alley, a trench in the urban landscape.

Despite an early chill today was a very pleasant day in Manchester, as they’ve all been this week. I’m calling it spring — feels like it’s here to me. This is another street scene, I know I do a lot of them but hey, I do work for a living, and being sat in an office all day is not going to give the same opportunities as my morning walk through the city. Who knows, maybe soon I will be able to picture it without roadworks. But I wouldn’t hold your breath.

I’ll post this now partly because I am on a machine that works properly (not consistently true for me at the moment, nor will it be until into January now), but also because the sun has long disappeared behind clouds: this beautiful morning light was, unlike on Tuesday, all we got today. So I doubt I’ll get a better shot later. Having done this walk a lot, I know where the sun shines in Manchester city centre on a winter’s day by now, and at around this time on Oxford Road/Oxford Street (its continuation), it shines right down the road as if it was the avenue of a stone circle like Avebury. In fact, considering it’s the solstice on Saturday, perhaps I am on to something there.