There may be a few people, other than me, working in the Ellen Wilkinson Building at this time. There are occasional noises, dimly perceived, as if made by spirits. Shadowy presences in stairwells. But seeing as even in normal times I was usually the only one who ventured out into the hidden courtyard, the annual cherry blossom display is even more personal than usual, this year. We both greeted a warm, early spring day — alone.

Joe and I were supposed to be going to see The Who tonight — live in Leeds no less — first postponed from just under a year ago, but now cancelled altogether. Another little pleasure denied us. So in the absence of anything actually happening, here’s some abandoned furniture, on a slope. UPDATE; Clare informs me that this is not a lost object; in fact a number of them have been set up in various places in the Calder Valley, as another place for book-swapping. Lift up the top of the seat, and the books are inside, it seems. 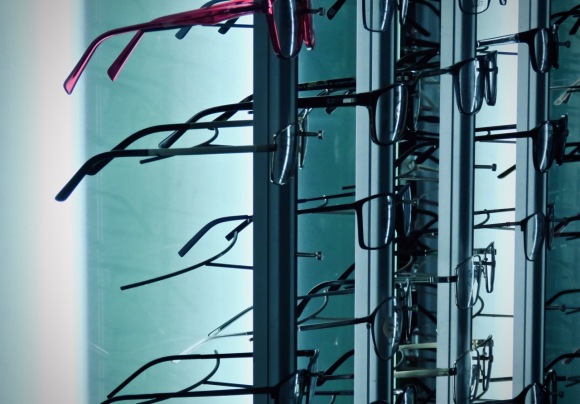 I desperately need a new pair of glasses.  This is because my current pair are six years old and apparently in that time my eyes have improved.  If this sounds paradoxical, clearly you are not over forty years old.  Maybe I’ll take the pink pair. 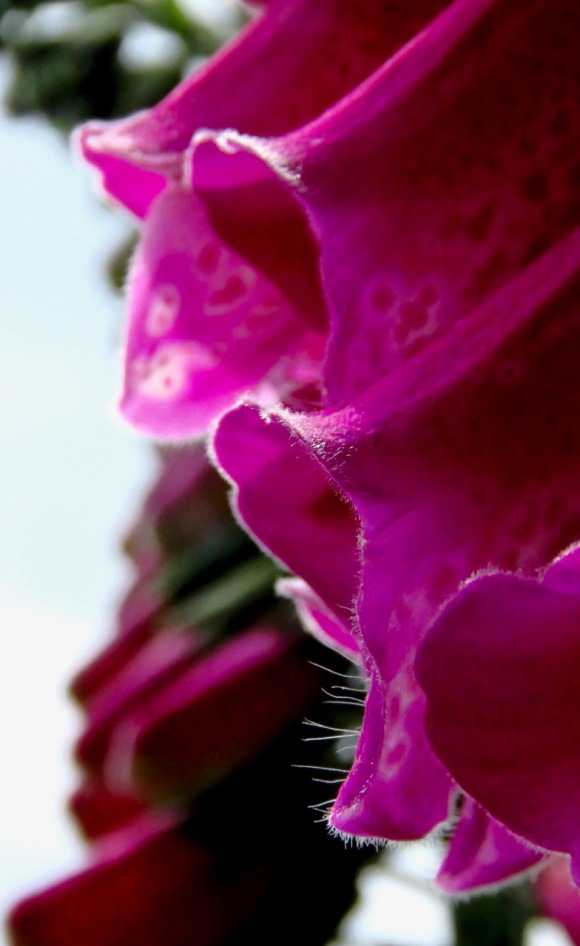 Digitalis purpurea, the common foxglove, always brightens things up at this time of year. Both its Latin and English names come from the way the flowers slip perfectly over one’s fingers; but as bees like to crawl up them too, don’t try this without checking first.

It’s not been the most exciting of weeks and local flowers and walls are about the limit of my ambitions for a time. Summer colours perhaps, but no summer weather: the monsoon remains clamped overhead with few signs of it shifting just yet. 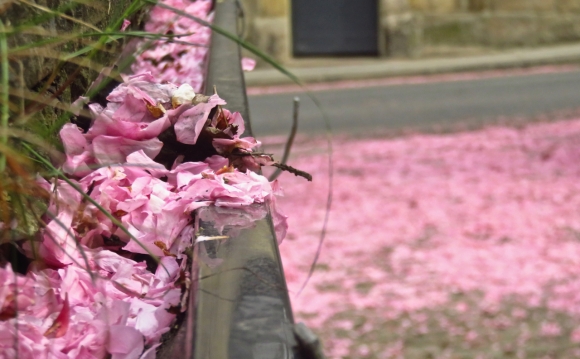 They’re very pink, but very ephemeral, the cherry blossoms. Maybe that’s why the Japanese like them so much, it matches their general aesthetic.

Blossom on May Day (nearly)

OK, maybe I didn’t take the picture on May Day. But that’s when I’m posting it, so it still seems appropriate. Let’s hope spring is here to stay now.

Early flight home out of Tromsø. The first half-hour was spectacular: a panorama of seemingly endless white mountains, the tips tinted pink by the rising sun. Felt like asking for compensation from SAS as I had a rather grubby window beside my seat, but did manage to get a couple of tolerable shots. This one is impressive, first, because of the scale and prominence of the rocky towers on both peaks: measurable from the fact that the shadows cast by both are quite visible on the slopes behind (it’s clearer with the right-hand peak).

But I swear it was only later I realised how closely these resemble… well.. if you can’t see it, translate the title of the post out of Norwegian. Please tell me I’m not the only one that thinks this. 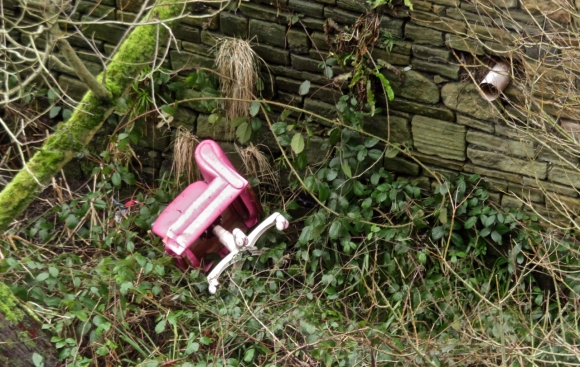 Tory cuts notwithstanding there remains a decent municipal waste tip a couple of miles away and even if you can’t drive to that the council will pick up this kind of thing from your house. So, sorry, but what’s the fucking point in dumping a broken chair by the side of the river, in a now-inaccessible but visible and central spot, where it will presumably sit for several months? Mucky bloody bastards. I hate this kind of neglect. I could say it’s a middle-aged thing but actually I’ve always hated it.

Before the gig, Deaf Institute

The “Deaf Institute” might seem a strange name for a place that puts on regular gigs, but that’s what its called, or more precisely, it’s what the building was when it was first built in Victorian times. For the last six years it has been running as a rather decent bar, club, venue arrangement. The gig tonight? Tom McCrae, one of the wife’s favourites. I guess he’s decent enough. I quite like this shot because of the microphone.