When I was growing up in Sussex there were many of these ‘sunken lanes’ around the place and I guess I never really gave them much thought. But seeing a track like this, embedded between two earthen banks, is a sign that the way is of great antiquity. Their sunken nature is not natural, it is the result of erosion, taking place as people and livestock use the track over hundreds and, probably, thousands of years, over and over.

While on a walk in the South Downs today (bagging a County Top), I turned a corner and was suddenly confronted by this most magnificent example. Actually I’m surprised the shot ended up with so much light in it, because to my eyes this was a dark, enclosed tunnel through the landscape, exactly the kind of place where you can picture Frodo and his mates hiding from the Black Rider early on in Lord of the Rings. It’s called Tennyson’s Lane in tribute to the poet who had a house nearby, and in 1905 Arthur Paterson wrote the following about it, words that are still true today:

Trees meet overhead, copsewood surrounds it, and later, it is hedged by high sandy banks thickly overgrown with plant and scrub; squirrels and rabbits, and all other small woodland creatures, disport themselves over it. It twists and turns, and to the stranger appears to lead nowhere in particular. 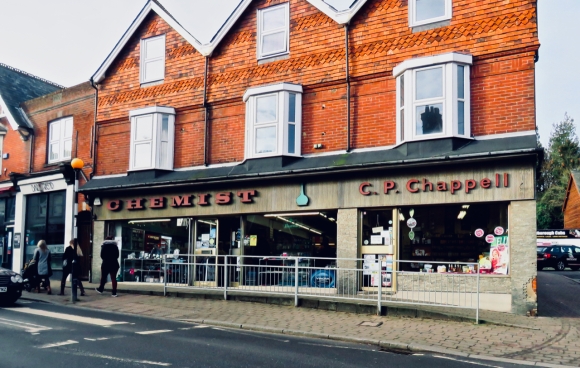 This is one of those shots that is more about the personal significance than the photographic quality. When I was growing up in Crowborough we knew members of the Chappell family, who owned this pharmacy and (though it’s not so apparent on the picture) a health-food annex to the right-hand side. In fact I think I put in my first ever example of what might be considered a day’s work in the latter, aged about 13. So I do have enough of a clear memory of this place to know that in forty or more years it has not changed ONE BIT. You’d have thought that they’d have spruced up the sign at some point — but no. It’s 1975 all over again. 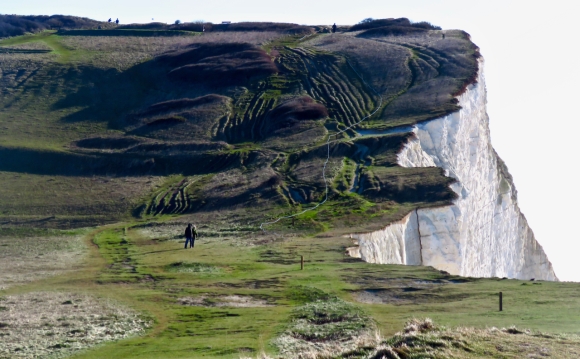 Seaford Head is one of those unsung places that few people seem to have heard of despite it being just as dramatic as places like the White Cliffs of Dover, Beachy Head and other places that look rather like it. If you like this shot, catch it before it all crumbles into the sea, like most of the rest of the east and south-east coasts of England eventually will….

View from the 17th hole 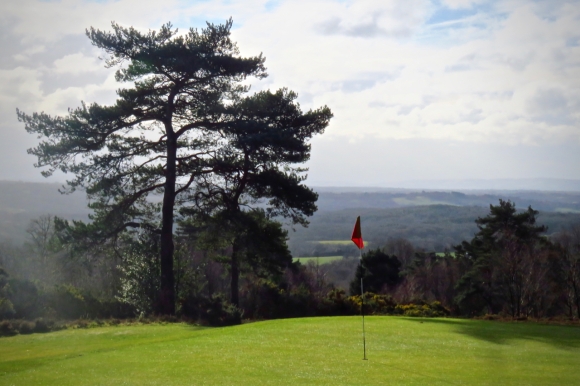 What yesterday’s football shot did not make apparent was that I have transferred down South for the coming week, firstly in leafy rural Sussex — specifically, Crowborough, where I grew up. This place has appeared on two previous days of the blog, back in July 2013, but I really don’t make a habit of returning. Why am I doing so this week? Well, I could elaborate on the details but basically I just want a quiet place to hang out, start my sabbatical and get some inspiration to start writing what I have to write. And, so far, it’s largely provided these things. (The fact this was taken on a golf course has no significance, I can assure you.)

One thing I always do forget about this place, though, is quite how hilly it is. Crowborough is definitely the place to bring anyone that you want to disabuse of the notion that the south-east of England is flat. We are hundreds of feet in the air here, and in the distance, those are the South Downs, some 20 miles away. The south-east may not have the mountains of the north, but it certainly has the bloody hills.

Trees (and some other activity) 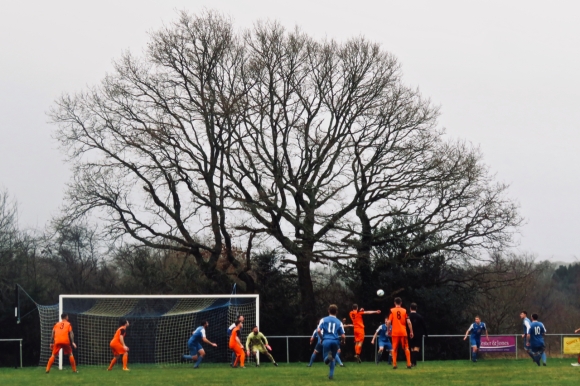 It’s a picture of some aesthetically pleasing trees, honestly. Well, there are enough footie pictures on this blog already, aren’t there? 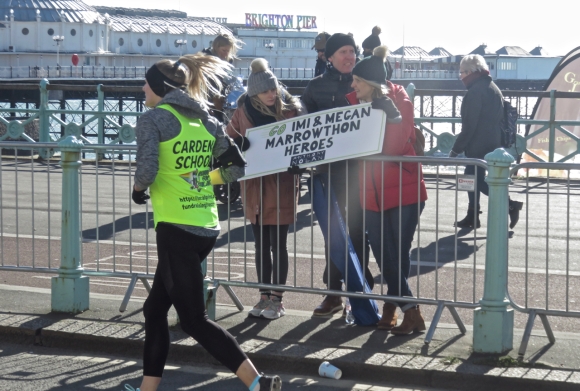 It’s getting on for a decade since I last tried to get myself (more precisely, my left knee) round 13.1 miles, but Clare still does it now and again in her regular 2:45. Hence, the Brighton half-marathon has become an annual staple of the blog, this is at least its third appearance. Well done to all the finishers, in whatever time they make it; I know what it takes… 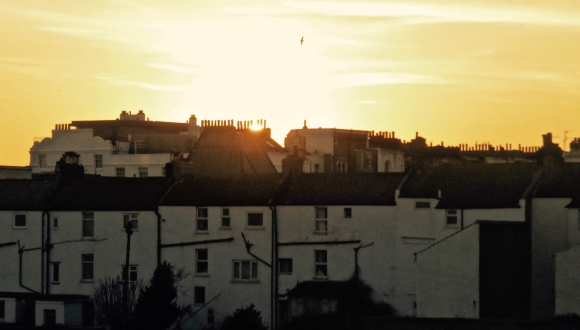 Our tour of the south-east corner of England continues. Once again I find myself in Brighton, on a beautiful but very cold day. A day well spent all round.

Beneath the windmills (more non-league) 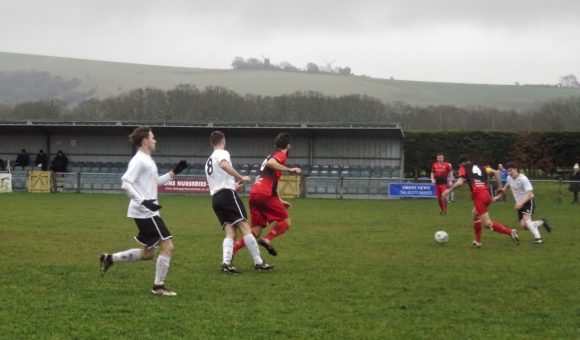 Those of you who don’t see the point of football may be getting a little tired of seeing it depicted on here, but there’ll be more to come this season yet; in fact this was my ninth consecutive weekend of going to some game or other (2nd/3rd December was the last footie-free Saturday and Sunday). I’m not apologising — I’m enjoying the groundhopping. Today I got up at 6am and travelled 300 miles before lunchtime to see a game in the ninth tier of English football, specifically the Sussex County league, so I do mean it, I’m ‘keeping it real’. Hassocks, in red, were the hosts but lost an important relegation battle 2-1 to visitors Eastbourne United. Above the pitch, the famous twin windmills known as “Jack and Jill” look down from the rim of the South Downs.

I don’t just like spending time in Brighton because of the football, you know. Far from it. 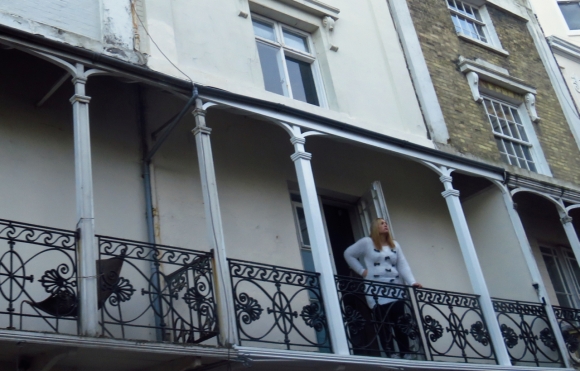 Here we are in Brighton — big football match to go to tomorrow and, oh yeah, Clare’s annual jog up and down the sea front in the Brighton half marathon. Nice to get down to the south coast before the sun went down today. Here’s to a good weekend…. the anticipation of which is somehow epitomised in this photo for me.