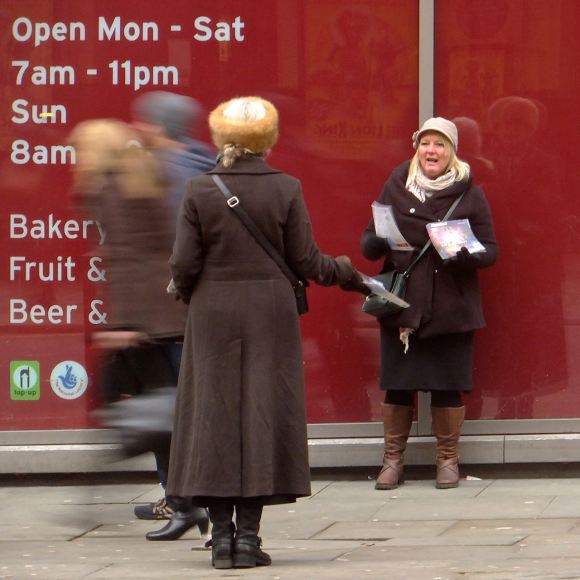 The Watchtower is the magazine with the largest print run in the whole world, some 53,000.000 copies each month, apparently. All distributed for free. (Though it seems even the servants of God’s kingdom on Earth are not immune from having to adapt to the Internet, with the magazine having gone down to 16 pages and more emphasis placed on the digital edition these days.) I guess you need a large and voluntary distribution network to handle a publication like that. And so without addressing irrelevant questions of ‘faith’ — that’s what the Witnesses are: unpaid labour. They have to put in timesheets like the rest of us, but instead of getting pay now, they believe their redemption will come when the world finally ends (which according to them has been about to take place since 1914).

None of this persuades a great many people to stop and take a copy.