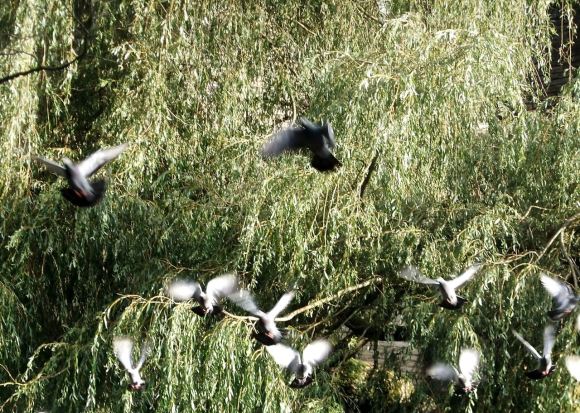 Some pictures you just take by chance. This was supposed to be a picture of some workmen, and they’re still there in the invisible three-quarters of this significantly cropped image, but as I took it, this flock of pigeons flew across. It’s not a bad shot, though the birds are quite blurred and that branch that goes across the lower centre of the picture unbalances it a bit. But though I took some other nice pix on what was a pleasant morning here, with all the others, I could probably take them again. A shot like this may only happen once, so I’m nominating it for today.