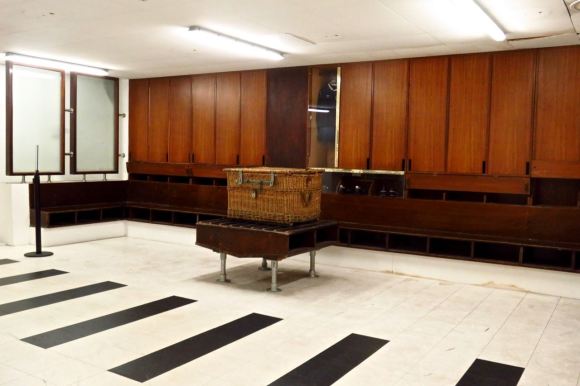 Hampden Park is Scotland’s national football stadium and also home of Queen’s Park FC, currently in the fourth tier of Scottish football, a bizarre but strangely endearing arrangement surely not replicated elsewhere in world football. The stadium has been on this site since 1903 and when it was substantially rebuilt in the 1990s this old version of one dressing room was preserved as part of the Scottish Football Museum. In this room, more or less, Real Madrid and Eintracht Frankfurt prepared before the 1960 European Cup Final, often cited as one of the best games of football ever played (7-3 to Real).