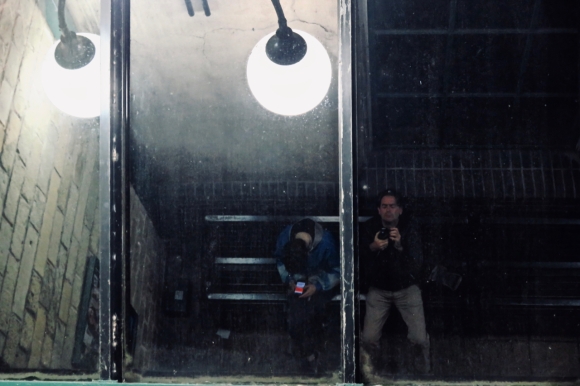 In all the eight years (minus a week) that I have been doing this blog there have been various selfies and shots of Joe — but we’ve never been captured together. Until tonight. Other than the slightly grubby glass in which we’re being reflected, I quite like this shot. To the right, the ferals gather at one end of Halifax bus station, being told off by some security guard who calls one of them a ‘scrote’ every few seconds. Meanwhile I ponder the fact that I’ve entered the last week of my 40s.