Another shot of water caught by sunlight, but here the water is not being naturally produced. Half-time at the City Academy stadium in Manchester, where the under-23 team of the Richest Club in the World were to happily get their comeuppance, slipping to a 1-0 home defeat to Brighton’s under-23s. Which of course I found highly entertaining. 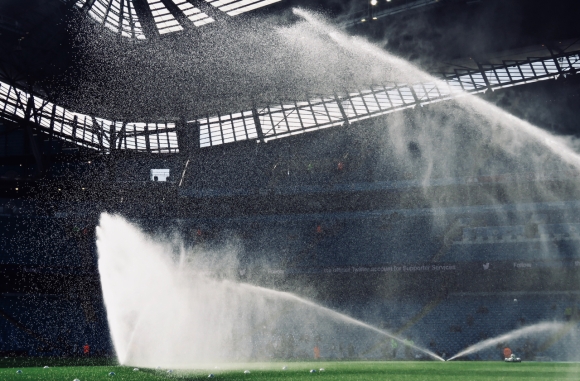 Football again, but definitely not non-league today. The Etihad Stadium is the home of current, and probably future, champions Manchester City, where even the pre-match watering of the pitch is done on a suitably grandiose scale. To call these massive jets of liquid ‘sprinklers’ rather diminishes them. Better a picture of them in the sunlight than of anything that happened on the pitch today, anyway — at least from my ‘visiting fan’ perspective.

Entry to the Etihad 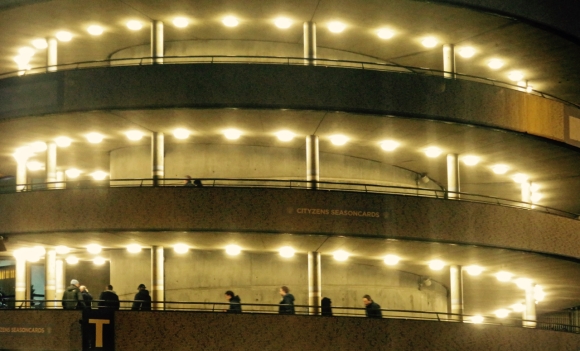 For a birthday present for father and nephew (both Manchester City fans) I got them tickets for tonight’s UEFA Champions League game versus Feyenoord at the Etihad stadium, and went along myself.

It was a stellar exhibition of football genius and entertainment, as befits the most exciting sports competition anywhere in the universe, played by Gods who walk the earth in human form. At least, that was the media narrative. Personally I thought it was a rather tedious game, played out by a bunch of uninterested guys who knew it was essentially meaningless and that they’d get their £250,000 each this week whatever the result. And you couldn’t even get a beer at half-time. 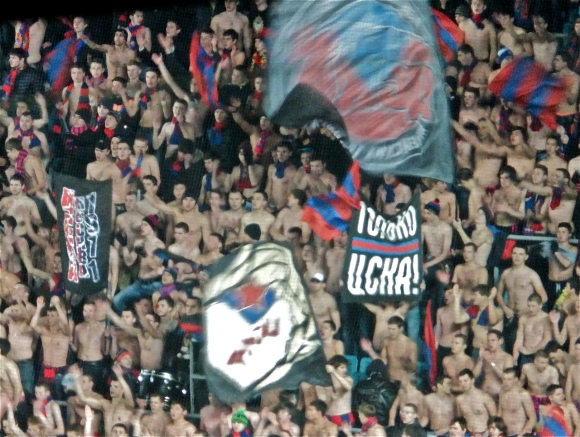 I am a Brighton & Hove Albion fan but I am also a football fan, I just like going to games whoever is playing. When the work colleague with whom I’ve come to Moscow pointed out that we would be there when CSKA were hosting Manchester City in the Champions League, we decided we would go. She is a City fan but I was neutral in the matter. I just wanted the experience of going to a big game abroad, which I have only ever done once before (Benfica v FC Porto, December 1990).

Experience it definitely was, and a good one. It was also a cold one, below zero for most of it, including the last 15 minutes during which these 200 or so CSKA fans bravely took their shirts off. I apologise for the technical deficiencies of the shot but bear in mind this was taken at an angle, with a very long zoom, through plexiglass.

I should also point out that I have seen stories on my return regarding alleged racist chanting by the CSKA fans. As someone who was actually at the game, neutral, and understands basic Russian, I have to say that these allegations are at best dubious. In my informed and objective opinion there was no ‘racist chanting’ whatsoever evident at this game.

Anyway the drama of Sunday’s game (which I missed altogether, being on a plane back from Copenhagen at the time) was too good for it to end any other way. Well done, City.