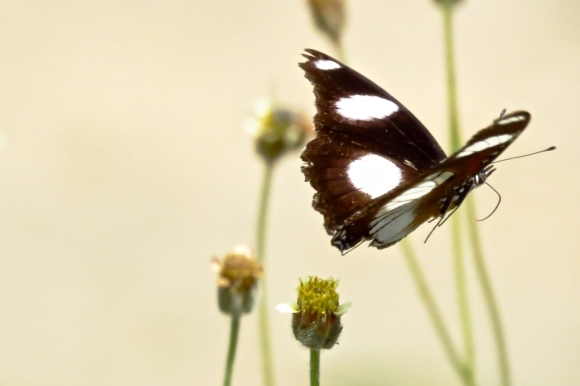 Yes, I know, that makes two insects in a row. But despite visiting the temple of Borobudur today (impressive…) and an Indonesian football match (esoteric…) — I can’t avoid using this one. How often does one capture a butterfly not only in flight, but in focus. I’m rather proud of this picture. 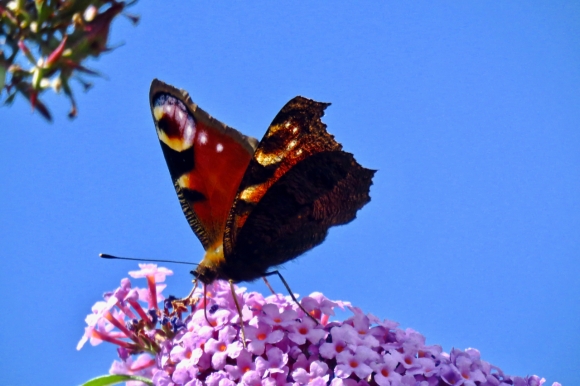 The last few days have seemed a bit drab colour-wise. But the blue skies returned today. This peacock butterfly (not a red admiral, as I originally identified it — apparently) was enjoying the local buddleia bounty.

Butterfly on a paperbark tree 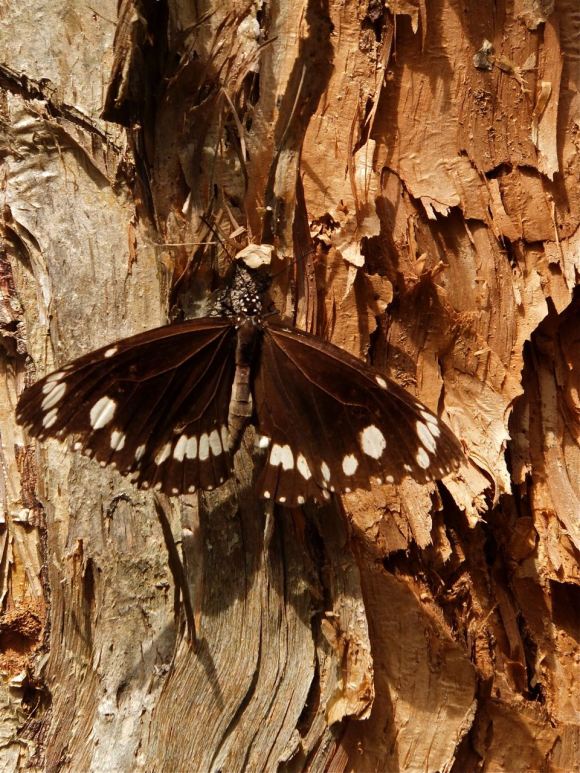 I’m trying to resist the temptation to overdo the ‘Flora/Fauna’ theme but don’t seem able to kick the habit. This was taken in the Boondall wetlands, where I wandered, around lunchtime. I needed some headspace so took my laptop and finished off the paper I needed to write while mainly sitting in a birdwatchers’ hide at the mouth of the Nundah creek. Memo to self though – if visiting wetlands, take insect repellent.

Some great insects however, including more butterflies than I think I have ever seen anywhere. Have no idea what this species is specifically, but there were lots of them, and this one is definitely resting on a paperbark tree – called as such for obvious reasons.